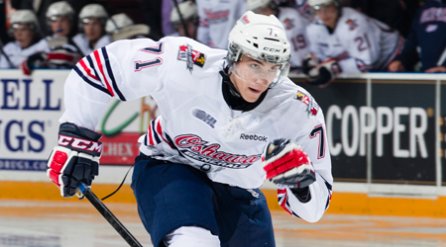 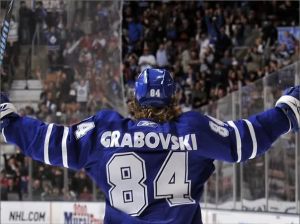 I was watching a documentary the other day entitled “Miss-interpretation” and the premise was essentially about how the media warps the minds of girls and women into the need of achieving the absolute perfect body. Of course, this is nothing new; it’s been going on for years. Airbrushed supermodels, actresses on starving diets, scantily clad pop stars are seemingly the norm. It’s been like that since I was a kid anyway. However, a different thought crossed my mind. How does mass media affect our interpretation of the athlete?

To no one’s surprise it glorifies them.

But what makes them different from the average Joe from down the street other than the fact that they can shoot a puck or throw a ball a little better? When they first start out, there’s not much difference. It’s when they get thrown into the media masses and revelations of business where it changes. Sponsorship deals, becoming the face of a product, wealthy pay cheques, it all changes where you come from. Not just the player, but everyone around them including their inner circles of family.

However, that’s another thing. Most hockey players don’t come from the same background they used to. Not many sling bales of hay to earn their keep and stay lean and strong over the offseason. Little Dougy from a town of 500 in Eastern Ontario doesn’t hitchhike a million miles to suit up for a team in South Western Quebec. Ricky from Northern Alberta doesn’t have to tape telephone books to his shoulders for make-shift pads. No, most kids involved are already on the entitled track having grown up into a family who can afford to play the game at a competitive level in this day and age. In turn, that can create a bit of an ego. I’m getting a little off track as kids and hockey is an entirely different article for another day but in the same breath these kids look to and dream of being famous for being a professional athlete.

But it all comes back to why? Why do we put these athletes on a pedestal? Why is this hypothetic 8 time Stanley Cup winner better than, oh, let’s say someone who creates a vaccine for Ebola? Why is physical ability valued more by society then brains?

Simple. Because we’ve let them. There’s no turning back the clocks now.

Everyone has the ability to play sports. A lot of people excel at them but only a select few make it. There is also the dangerous aspect of sport in how it affects the stress on one’s body. The ordinary person can relate more to how an athlete feels at the end of the day then to how a scientist or doctor or researcher does.

The physical aspect also crosses a fine line with looks and beauty. The media has already force-fed us what we should ultimately look like day in and day out. Look at the drama Phil Kessel caused in Toronto when he said he barely skated this summer and showed up to training camp a couple of pounds heavier. That’s nonsense.

The media will paint a picture of the quint-essential hockey player and basically it’s this: small-town Canadian boy with a humble upbringing, leads the way and builds his character through his time in junior, spends his summers working out that chiseled body and training; honing his craft, maybe attend college for a bit, turn pro.

The only reason I’m bringing this up is it is being repeated day in and day out. Listen to any commentator today from any sport and they will throw out tidbits of information of how this player formed the perceived “character” they entitle today. Sometimes I feel like it’s not for the listening audience’s gain but for the commentator’s. A kind of “HA, I know more about this guy then you do.”

In reality, the media doesn’t get that there are millions of different ways these players get to the big time or get to the pro ranks. Their stories aren’t glamorous enough to see the light of day so we fall back on that quint-essential hockey player mentality.

In glorifying that, the need to stay atop of one’s game becomes greater. The anxiety of falling from grace and becoming a laughing-stock of the league or even worse, the nation, is at an all time high. The situation can turn ugly quick.

This isn’t a rant of how we should stop glorifying them, not by a long shot. It’s more of becoming aware of what this can do to one’s psyche whether you’re a player or spectator. Just think about how it can affect an athlete once it’s all taken away. It’s a part of sports psychology that I think should be looked at if it hasn’t already.

Note to self: Don’t stay up until four or five in the morning while jacked on Red Bull. These words were burned in my brain until I spit them out.