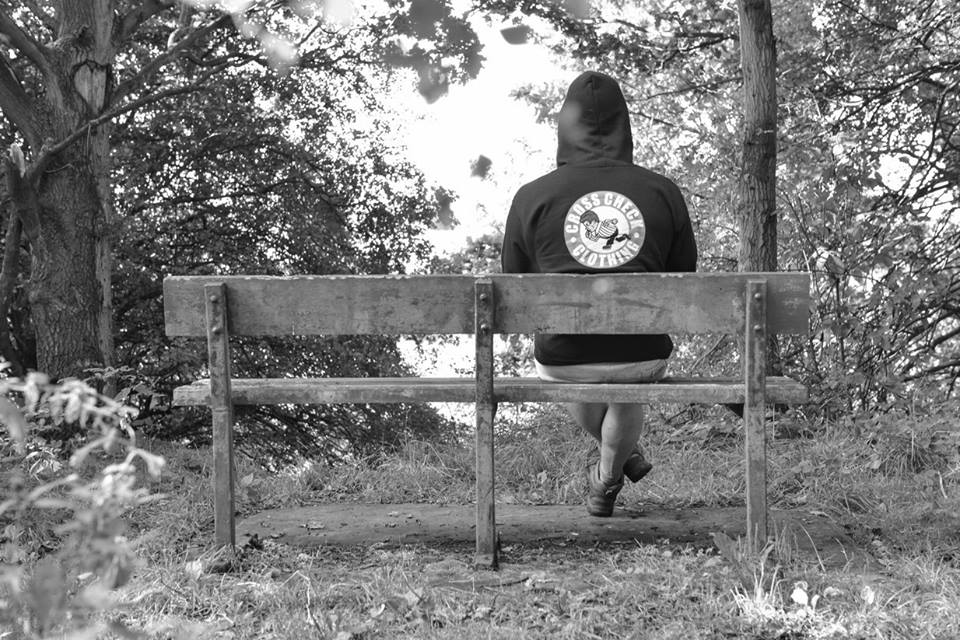 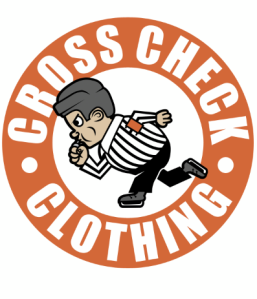 Here in North America, everyone and their grandma seems to be starting up a hockey lifestyle apparel company. As the sport continues to grow worldwide, there is more need to not only develop awareness of the game we love but promote it as well. In the U.K, Cross Check Clothing does both of those things.

Started in 2012, Cross Check Clothing is the premier supplier of hockey lifestyle apparel for U.K. hockey fans. They venture out to the different arenas showcasing their brand and some of their models are even players themselves (Or yours truly who happens to be a proud brand ambassador). For the U.K. hockey scene, Cross Check Clothing is imperative to the growth of the sport.

I caught up with Pete to give not only myself but fans of the clothing line some insight into the brand.

March Hockey: First thing first, what made you decide to start up a clothing line? Why hockey?

Pete: I have always been a keen entrepreneur so to speak. I started my first proper business when I was 20 and always got involved with various business projects here and there. I wanted to start a fresh with something brand new, that people could really get in to, and at the time UK hockey did not really have anything like this. So after a lot of ‘to-ing and fro-ing’, the brand was born. I’ve always admired brands which are born in a specific lifestyle, but also appear to mass market, say VANS with skating or Quiksilver with surfing. They can encourage people to the sport, and if Cross Check can inspire kids to put on some skates and play hockey then i think we are getting it right.
March Hockey: How did you come up with the name? 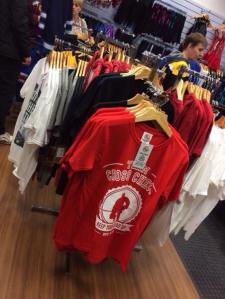 Pete: Once I decided that this was 100% what I wanted to do, it was just a case of brainstorming ideas. I spent days and days writing down as many variations of hockey related terms I could think of. One day Cross Check came out, and I instantly knew that was exactly what i’d been looking for. One of my favourite hockey players is Arron Asham and I loved the Pens v Flyers Stanley Cup Play Off series in 2012. Asham was a bit naughty in game 3 and that Cross Check probably inspired the name!

March Hockey: How and when did you get into hockey?

Pete: I went to see the Sheffield Steelers play first in 1992 but didn’t start attending UK hockey regularly until about 2009 when my buddy Josh was old enough to attend and he could actually understand what was going on.

March Hockey: Where do you see the brand in 5 years time?

Pete: As long as we are still trading and making fans and friends around the world, then that will be good enough for me. This isn’t a get rich business, or “world domination.” All profits go back in to the brand in order to develop the range and make better products.

March Hockey: Where do you come up with your ideas for designs? What do you pull for inspiration?

Pete: I guess sometimes you see clothing when out and about and think “that would be better if…” but mainly the clothing is based on, “what would i wear?” ideas. Sometimes I just get on the laptop and work on some ideas and it just flows out. Its like, I only wanted to check my email and I’m suddenly in the middle of a brand new hoodie design!

March Hockey: When did you start up the business? Give me a mini history on Crosscheck Clothing.

Pete: The idea was born summer 2012 and the basic logo / web site / social media was set up along with the early merchandise designs. However, I overran for the 2012-13 season and knew I really needed to launch for the start of a hockey year. So I painfully sat on it for nearly 12 months, before finally introducing to the world in September 2013. The store opened in November 2013 and our first month we had sales of £3 (Yes – 3 Pounds) – i thought to myself, “oh my god, what have I done!?!?” but fortunately things picked up and we’ve been blessed with the support we’ve received ever since.

March Hockey: What NHL star, or player in general would you love to see wearing the brand?

Pete: Arron Asham (for the name reference mentioned!) would be awesome, but my NHL team is the LA Kings so seeing Drew Doughty or Anze Kopitar in a Team Cross Check tee would be amazing. Maybe Darryl Sutter in a nice hoodie??

March Hockey: What can fans do to help spread the word?

\
Pete: Hopefully the brand speaks for itself, so wearing it out and about, at the rinks, with their hockey buds etc… As long as we keep getting in peoples faces, we’ll continue to grow I hope.I just want to thank everyone for their support. We’ve met some of the most amazing people through hockey and Cross Check and we appreciate every person who is a friend of this brand. We are so, so grateful for everyones love.
Check out Cross Check Clothing here: http://shop.crosscheckclothing.co.uk/ and remember to Keep Your Head Up, Kid.