Hockey Canada announced its final roster for the upcoming 2013 U18 Memorial of Ivan Hlinka tournament and all three Kingston Frontenacs selections have made the final roster. 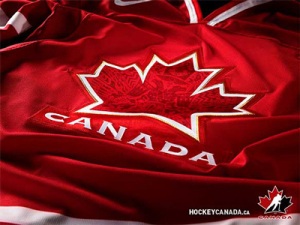 This year’s tournament, also known as the U18 World Cup, will take place at the beginning of August in Breclav, Czech Republic and Pietsany, Slovakia. Team Canada has been dominant coming home with gold the past 5 years. This year’s team is ready to make it 6. They open up the tournament with their first exhibition game August 3rd against host nation Slovakia.

Roland McKeown, Sam Bennett and Spencer Watson impressed the Team Canada brass at exhibition games over the past few days. The games showcased the best the Canadian Hockey League has to offer. Watson exploded in the 3rd period with 2 goals in Saturday night’s game and added 2 assists Monday afternoon. All three showcased there tremendous skills and hockey sense to help the big red machine as they head to the Czech Republic.

Upon returning to North America, all three will suit up into the black and gold of the Kingston Frontenacs as training camp opens up on August 29th. Pumped and still in hockey mode, the three will be eager to get back on Ontario Hockey League ice. The Frontenacs will be a strong team this year and will be looking to make a long trip into the post-season.