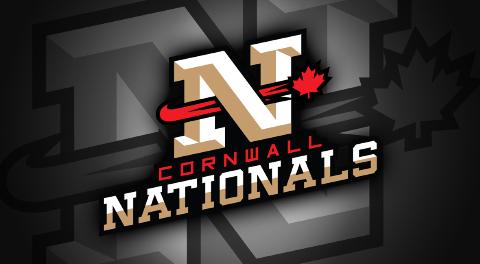 Well look at what we have here Cornwall, a REAL hockey team.

Relax, I’m not talking about on the ice.

Even though the Cornwall Nationals sit in the bottom rungs in the Federal Hockey League standings, the turnaround this organization has had off the ice is nothing short of impressive. This is what hockey in Cornwall has needed for a long time. A plan in what seems like it’s heading in a solid steer headed direction.

In the couple of weeks that have passed since GM duties have been handed to Basem Awwad and Kris McCarthy becoming Sales and Marketing Director, the Cornwall Nationals are finally making a name for themselves. Quite a few events of getting players out into the community have happened in this short period. It’s more then can be said for Cornwall teams in the past who were focused on events to make money. Of course, money is a good thing (they needed it to stay afloat) but players donning their jerseys and showing their face around town shows pride and a sense that they care about the city and not just the hockey. (Exception being the Colts. They’re all over town but that’s a junior hockey staple.)

It shows longevity. It tells the hockey fans of the city of Cornwall that they believe that hockey can work here. They are determined to make it work and fans can look to them in joining the fight that is the long-term vision of hockey at the Ed Lumley Arena. Be it the FHL, the LNAH, or if major junior decides to knock on the door again, community involvement goes a long way.

This is what happens when you put real hockey people in hockey positions. People who are familiar with both the league and its players on a face to face level. They’ve been around a few years, got a few notches in their belt and are not afraid to strive. They know what works and what doesn’t already.

In a recent interview with the Standard Freeholder, GM Basem Awwad mentioned that he was cutting ties with part time players and looking to set up player housing in Cornwall. Once again, someone with a straight vision for what is needed to help the team both on and off the ice. Part time players do nothing but hurt the team in the long run. The FHL is trying to become a legit developmental league on the path to the NHL. The Nationals also need to start attracting players from other areas then in our back yard.

The way this whole team and season was put together was very fast. I get that they needed big local names to get people in the seats and still do. It might be time to take a minor step back from that approach. You’re limiting your hockey pool by so much. At the same time, posting Facebook comments that complain about the calibre of hockey are probably some of the stupidest things I’ve read. You expect them to be top of the league all season with a team that was put together a month before the season started then complain about scheduling? Give your head a shake, this isn’t your precious National Hockey League.

I wish the team would have taken the season off to garner more community interest and market themselves before making the big splash onto the ice. Unfortunately for me there’s no time machine but I must say that I’m thoroughly impressed with how the new front office has a core belief system showing through. Players are having fun and when that happens, the fans will follow.

Time for me to take in a couple more games and see how we look on the ice now that my surgery is behind me. Look for that article in the coming weeks.

(Oh! And before I forget: #ProtectTheNation sounds better then #ProtectingTheNation. Just some friendly teasing. The new Nationals players will get used to me in a jiffy! Haha)