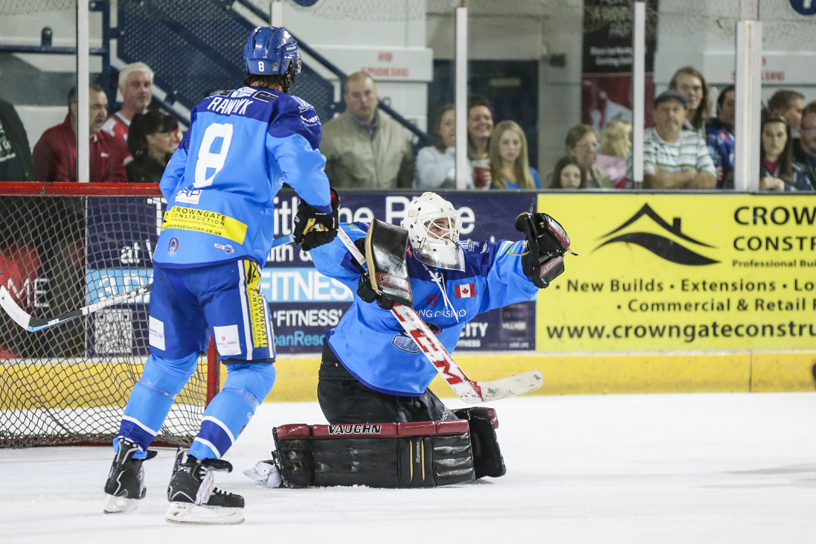 When Marc Lefebvre took over as bench boss towards the end of last season, he was inheriting a beaten and banged up squad. Some wondered if he’d be able to light the match to get the team to compete. As the season came to a close it started to become clearer that he was.

Coaching is 85% who you are able to recruit as players. At the beginning of the offseason questions were asked as to whether or not Lefebvre had the knowledge or willingness to ice a competitive team. Those questions were all put to rest over opening weekend.

The squad that Lefebvre has put together in such a short time is nothing less than brilliant. Yes, I know it it’s only been a couple of games but just take a look at the box score from the game at home against Fife. Same with the home games in the pre-season. The scoring depth on that chart is nothing short of remarkable. It’s not your usual suspects that are coming out of the woodwork. If this Coventry team can stay healthy, there’s no reason they can’t have a shot at being one of the top teams in the league.

New starting goaltender Brian Stewart is a huge welcome addition. Aggressively cutting down his angles with his hybrid style, he’s going to be a tough man to beat and is just what the team needs when coming down the stretch. A career East Coast leaguer with a couple of stints in the AHL, Stewart has always been above .900 save percentage. Decent head on his shoulders and you can’t be displeased with a shutout on your first EIHL game.

Blaze fans should be extremely excited for the rest of this campaign. Last season’s woes seem all but forgotten with this new blue squad. That’s the key though. Stay healthy.

The Coventry Blaze are back home again on September 13th as they welcome the Dundee Stars to the Skydome. The next night they head to down to Cardiff against the Devils for their first Challenge Cup appearance.