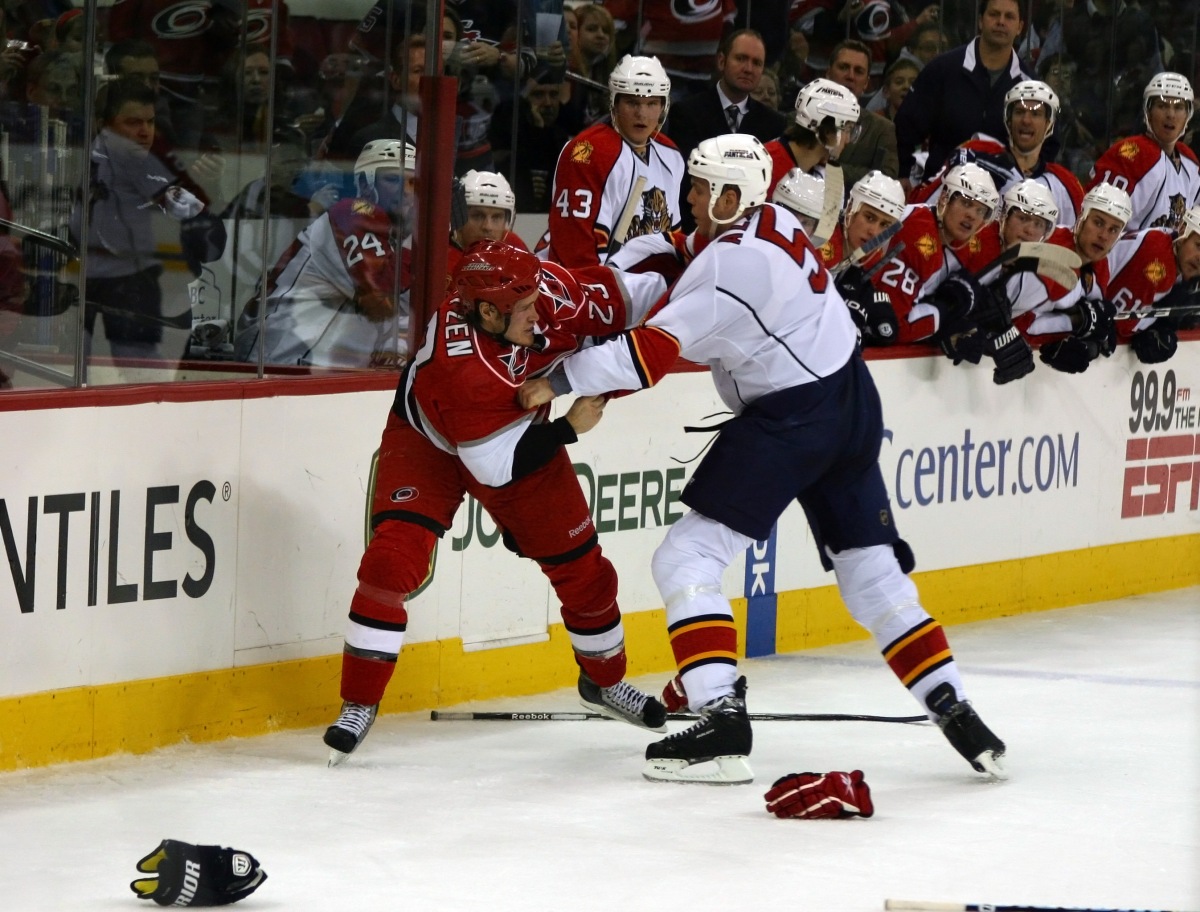 Steven Goertzen has had a pretty impressive pro career. After a major junior run with the WHL’s Seattle Thunderbirds, the man from Alberta was drafted in the 7th round, 225th overall in the 2002 entry draft by the Columbus Blue Jackets. He spent time bouncing back and forth between Columbus and their AHL affiliate, the Syracuse Crunch. Goertzen had a brief stint with the Phoenix Coyotes and Carolina Hurricanes before heading overseas. After two seasons with M1 rival, the Sheffield Steelers, Goertzen has made the trek to Coventry to suit up for the Blaze for this coming season. March Hockey EIHL correspondent, Ed Kimberley caught up with Goertzen for a little chit chat.

By Ed Kimberley
Coventry, England
Ed Kimberley: How will you be spending your offseason?

Steven Goertzen: We spend our off season split between New York where my wife is originally from, and Edmonton, where I am originally from. Summers are usually very busy especially now that we have kids and everyone back home wants to make the most out of the short amount of time that we are back. I will be completing my dissertation as well this summer and I also run many different power skating camps around Edmonton. Needless to say, summers are pretty busy!

EK – I’d like to backtrack a few years to your days in the NHL, every kid growing up that plays hockey dreams one day they will make the show, can you describe how it felt?

SG – It’s obviously an amazing feeling and something that is difficult to describe. I think when you dedicate your life to something and you are fortunate enough to experience playing against guys that you idolized growing up it is extremely rewarding. I look back and I am just very thankful to be able to have those experiences and it is something I will never forget.

EK – What have you taken from your time in the biggest league in the world that is still in your playing style?

SG – Well I like to think that I am responsible on both ends of the ice. I take pride in doing a good job defensively and trying to play the game the right way. The biggest difference in the NHL is the players have an amazing ability to be consistent every night. I might not always have a great game but at the end of the day you want to prepare for each game to give yourself the best chance to be successful night in and night out.

EK – In the press release Coach Lefebvre said you and your agent contacted the Blaze, what attracted you to playing for Coventry?

SG – I have worked with Marc before and Ashley Tait as well, so it is always nice to know a few familiar faces when you come to a new team. I have heard a lot of good things about the organization from many different people so that was a big reason for coming here as well. I think that there is always a great atmosphere in the arena and hopefully we can put ourselves in a position to win some trophies.

EK – Marc made a big impact last year coming in mid-season having played for and against him tell us what kind of coach he is?

SG – Well when he was in Sheffield as the assistant coach he was in a different role, but as a head coach and in talking with him he is going to hold guys accountable. I think that Marc has a good feel for when to push guys and when not too which I think is extremely important in this league and I am sure he will get the best out of all his players.

EK – Would you say he’s building a team that matches his own personal attitudes of hard work and with a direct approach?

SG – Yes I am sure that he has been very busy and will continue to look to sign guys that are willing to come to play every night. It is obviously still early in the summer but I am sure Marc will do a great job putting our team together and steering us in the direction that we need to go.

EK – Having won the playoffs last year, can you describe what it takes to get there, what kind of team you need and how you think the Blaze are shaping up in comparison?

SG – There are obviously many challenges and ups and downs throughout a season and I think last year with Sheffield we were able to battle through some tough situations and stick together throughout the entire season. With the way that the playoff format is and the importance of every game you need to be playing your best leading up to the playoffs. I think that next year it will be important for us to trust the process and make sure everyone is on board and I think it will be an exciting year.

EK – Both Ryan O’Marra and yourself have spoke to former Blaze players who they’re friends with before signing…any chance you can help lure any of your former Columbus, Phoenix or Carolina team mates into coming over?

SG – Ha ha well I am sure that Ryan or I would not hesitate to put a few good words in here or there! Having said that, Marc knows what he is doing and I am sure he will put together a great team.

EK – Jokes aside, do you/expect to have much involvement in the recruitment process outside of giving references to players on the coach’s radar?

SG – I have been in contact with Marc and obviously if there is anything he would like me to do I would be more than willing to try and sway a guy to come and win with us if it would help.

EK – With the new rules regarding EU passport holder and dual nationals essentially allowing more imports to play in the league, how do you think this will change the EIHL?

SG – I am not sure to be honest, I know that it is an area of debate and it will be interesting to see how it plays out and I don’t pretend to be an expert on the matter. However, I think that in reality, there is a lot of quality British hockey players in this league and a lot of them make up the core of the teams that they are playing on. In my opinion I think that it would be a mistake for teams in the future if they were to undervalue what the British players bring to this league both on and off the ice.

EK – Do you have any words for blaze fans before we see you in September?

SG – I hope you guys enjoy your summer, and are looking forward to what looks to be an exciting season ahead!