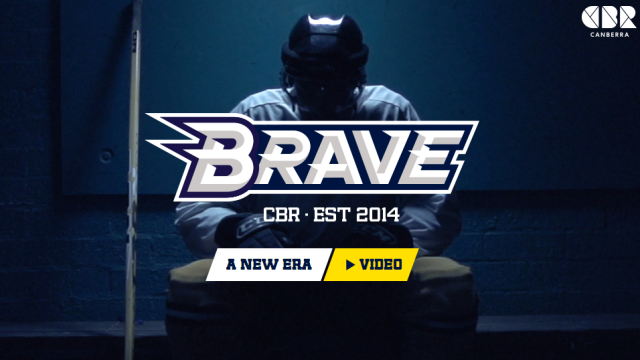 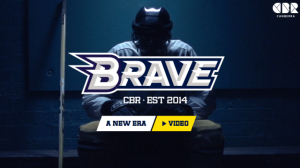 For us Canadians, when one thinks of Australia, one doesn’t correlate hockey to the country. In regards to sports, we think of rugby, softball or anything to do with the water. However, hockey has been played in some variation for over a hundred years down in the Southern Hemisphere. In fact, the Goodall Cup, which the teams of the 14 year Australian Ice Hockey League play for, is the third oldest hockey trophy in the world.

The first reported case of ice hockey came in Melbourne as a local team squared off against an American crew fresh off the USS Baltimore. That one game took place in 1906 and sparked a hockey passion with the Aussies.

The story of the Canberra Brave starts with its predecessor, the Canberra Knights. The Knights came to fruition in 1981 by a bunch of former hockey players who had no place to play in the area. They played out of the then New South Wales Superleague, out of Sydney. For 13 years, the Knights struggled but gained more than a handful of hockey experience. One young lad, originally from Canada, had a standout year and managed to be drafted by the Detroit Red Wings. He landed himself the third string goalie spot and hung on to a Stanley Cup victory in 2002.

Canberra continued to grow its ice hockey prowess by playing in the East Coast Super League for five years after the demolition of the NSWSL. When a national league came into light in the year 2000, the Knights, and two others squads made the foundation of the Australian Ice Hockey League that we know today.

In today’s day and age, a strong hockey history is not enough to keep a team afloat. The Knights had only won one championship in their 33 year existence. At the beginning of this year, club owner John Raut had made the dreaded decision of folding the team due to increasing financial costs. Let’s face it. Fans won’t come out to see a losing team.

With a bleak outlook at the future of hockey in Canberra, a last ditch effort was made to save the tradition. A group of players, led by Canberra native and team captain, Mark Rummukainen, combined their love of the game and went to the league officials with an offer of taking on the team themselves. After being approved with their proposal, it was time to match the requirements set out by the league. A home venue, financial and fan targets were just some of the goals the group had to lay out to meet.

Satisfied with what they had to work with, the AIHL approved the group of players a team for a 12 month license. The Knights moniker was thrown to the side and hockey in Canberra was reborn in the form of the CBR Brave.

Fans from all over the world donated their hard earned dollars, a total of $27,000, to help the team in its first year. There’s no stopping what the hockey world and the hockey family can do to help a “brother” in need as without these donations, the team might not have even been able to ice its first game. An extensive marketing campaign was put in the place complete with season ticket drives and exciting social media videos to bring in even the smallest of hockey fans. They secured four Canadian imports along with the rest of their roster in about 6 weeks’ time. A lot shorter then teams who have all year to recruit.

On April 12th, 2014, the Canberra Brave played its first home game, a shutout loss in front of a capacity crowd. The loss meant nothing. The fact that hockey was still alive and well in Canberra was much more than any win could do.

As we enter the third month of the Australian Ice Hockey League season, it seems as luck has continued to grace the Brave. Gone are the failing ways of the past. The club currently sits third in team standings and continuing to ice a competitive game. In fact, after eight years, they’ve finally toppled and beat the famed Melbourne Ice.

The Canberra Brave story is just another notch in the heartwarming hockey community. We all love the game. We’ll never leave a comrade behind.

2 thoughts on “The heartwarming story of the Canberra Brave”