A topic that has been hotly debated over the past couple weeks is the development of hockey in the United Kingdom. With former Coventry Blaze head honcho Paul Thompson relaying in an interview that the EIHL should just “drop the damn import limit”, there’s no wonder as to why the United Kingdom has struggled in the talent pool. I think Thompson has realized that his son will have nowhere to play real competitive hockey in the UK once he gets around draft age.  Of course the sport of hockey is dealing with a set of countries that has its rooted firmly planted in the soccer pitch and cricket fields. The daunting task ahead is how to get the word out to everyone that hockey is an inferior sport. Here’s a brilliant look at Paul Wheeler’s take on the subject which you can read here.

I’ve become somewhat of a huge follower of the sport in the UK and with that being said, I’d like to take a look about a couple of things that I think are worth mentioning to help develop the sport. You can disagree with me and offer constructive criticism as of course, I don’t live anywhere near your beautiful nations of England, Scotland, Wales and Northern Ireland but I am going to do my best from this side of the pond to help and create awareness. 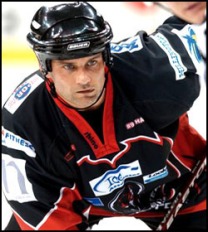 Right off the bat, the first thing that comes to mind is ice time. I’ve read through articles and noticed through tweets from some of my UK friends that they spend hours upon hours waiting  to get their skates on the ice. (Especially women but that’s a whole other post). They don’t see it until midnight on some days. If you are wanting to grow your game, that is unacceptable. Solution?

Granted, I know that it doesn’t get as cold out there as Canada does which immediately cuts the idea of outdoor ones. However, getting people together, raising money, writing to politicians can go many ways. If a group of hockey crazed people want something, they’ll get it. Don’t go to the bigger cities. Build them in smaller towns and villages; those rinks could eventually turn into your Junior system. I know this idea seems far-fetched as money of course would probably be suited better towards football (gosh it’s weird writing that), or rugby but hey, it’s worth a shot right? Worst anyone can say is no.

Another thing that of course you can never get enough of is awareness. While the Elite league and EPL manage to do a great job of interacting with fans with their booster clubs (I’m insanely jealous of them by the way, reading through a Manchester Phoenix program I was given, I have yet to see a Canadian fan base top that), that’s as far as the word goes.

You need to start smaller.

If there are any hockey fan UK teachers reading this, now’s your time to shine. Start a team for your school. It doesn’t even have to be ice hockey. It can be ball hockey to get the idea flowing. Get a day long tournament going between the schools. Some of my best memories of elementary school were playing on the ball hockey team. Start incorporating it in gym class. Name your gym class or tournament teams after the ones in the NHL or the Elite league to connect even more. Just something as simple as that could start a life long fascination with the game.

Now you’ve got rinks and you’ve got kids wanting to play the game. It’s time to get serious.

I was informed that there are teams starting at the U10 level and that’s fantastic. The problem here is do these teams have the right coaches and guidance to help their skills along as they get older. Pushing aside the need for competitiveness and the “winning” mentality, these kids have to make sure they’re being taught the proper skills. The Ontario Hockey Academy is just a few blocks from where I live in Cornwall, Ontario. I know for a fact there have been a few kids from the UK sent there to sharpen their game. While that’s great and all, wouldn’t it be better to earn those skills at home?

It’ll take money but instead of forking it away to send your kids off to some country, why not pool the money and hire a couple of great coaches from the international community to get some skills going. I’m sure in the long run it would be cheaper. I know that would come on the hands of Ice Hockey UK but it makes sense to me.

Now you’ve got your kids on the line to pure development. With enough interest in players and rinks, you have the start of forming your Junior system. Here’s the tweaks I would give it.

In the first few years, every player is home-grown with the exception of maybe 2 imports, one forward and one defenseman.  The only other imports I would throw in would be in the coaching staff. HOWEVER, the assistant coaches would be Brits. No exceptions. One day they will be able to take over from their foreign counterparts. There’s already a great system in place with the NIHL, EPL and Elite league. There would definitely come a time where restructuring would take place but of course, that’ll be years from now.

In an ideal world, we could get everything we wanted at the drop of a hat. Unfortunately things take time before we enjoy what we see. I have no doubt the UK can turn itself around and become a legit contender in the hockey world. They were right up there with Latvia and if it wasn’t for one game, it could have been them playing the semi-finals against Canada at Sochi.

I know that everyone is going to comment that the “ol’ boys club” has to go and the mentality has to change. Yes, indeed it is. As for the ol’ boys club well, I’ll save that for another post.

One thought on “The development of hockey in the United Kingdom”