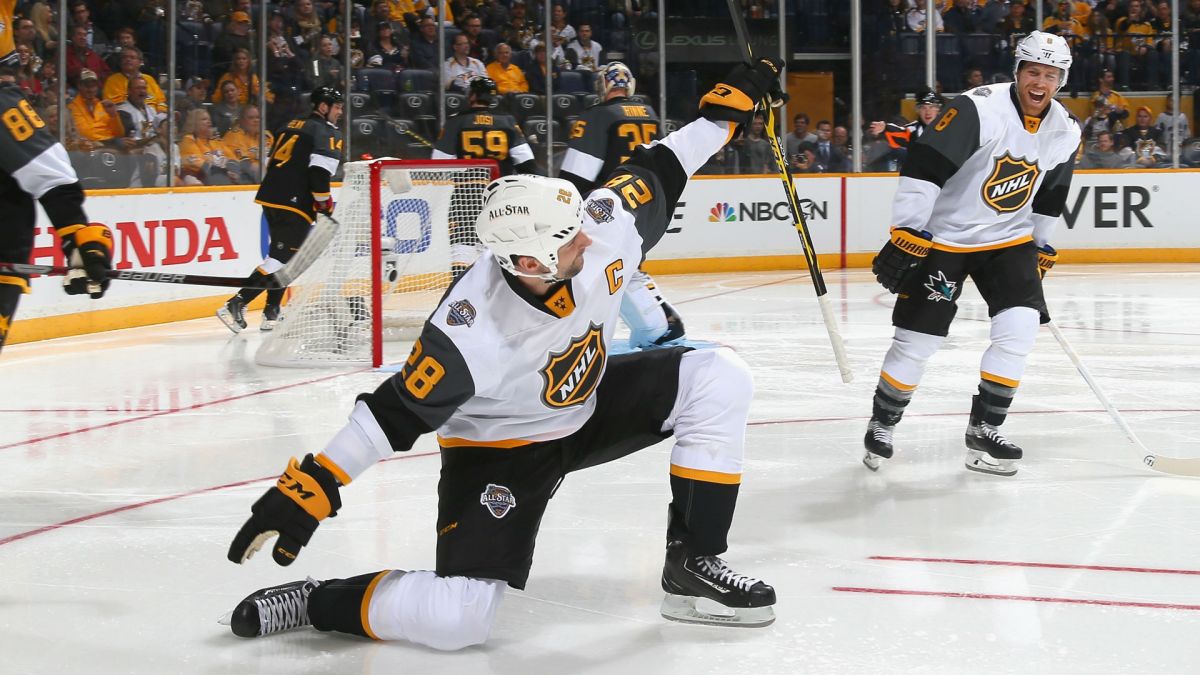 As John Scott grins from ear to ear on his teammates shoulders and as he collects the NHL All Star game Most Valuable Player award, it seems to be a fitting ending to a long chapter and era of the National Hockey League.

Without realizing it, John Scott, sitting on top of Taylor Hall and Mark Giordano’s shoulders, is the TRUE last of the enforcers. As he waves to the electric Nashville crowd, the era of goons and enforcers of the NHL close out like a Hollywood movie.

Throw away the drama that the NHL created about this guy for a moment and just think about that. Is there any other guy in the National Hockey League at this moment who plays the same role as Scott? There’s no promising that Scott will ever get called back up to the big leagues again. Montreal doesn’t have a spot. He’ll grind it out on The Rock, in St. John’s, Newfoundland as their Canadiens affiliate.

Hollywood honestly could not have written a better ending to the enforcer era even if they hired Mike Myers to do the writing.

This is a crucial time for hockey in general. As more and more criticism and arguments come out based on head shots, concussions, CTE, players committing suicide and depression, the league slowly started to phase out the enforcing role and let it ride quietly into the night. However, most hockey players will tell you that role keeps hockey safer and keeps players in check.

This weekend was a huge win for John Scott. You can tell with every flash of the camera on him that he’s happier than he’s ever been to be apart of a spectacle like that. He turned into the NHL’s very own “Rudy”, and carried the hearts of thousands. I’m sure his story even turned on new fans to the game as well. I bet Arizona is kicking their behinds now on the amazing marketing campaign they could’ve had. John Scott, Coyotes jerseys would’ve sold out within seconds.

And he earned his keep. Anybody who juggles 4 years of playing hockey at Michigan Tech while earning an ENGINEERING DEGREE is more than deserving of the opportunity.

It was a win for Scott but it was also a win for every enforcers who has EVER played the game of hockey no matter what league you’re in. Seeing one of your own be ridiculed by management and league officials then embraced by the entire league’s fan base at a game that showcases the best of the best is a definitive high-five for the job they do night in and night out. (Just FYI, Scott’s not the first tough guy in the All Star game, Mr. Probert was selected in 1988.)

The enforcing occupation is a dirty job but for the past 30 years, someone has had to do it. There’s a lot of pride that goes into the hearts of these guys just from protecting their players. They become respected around the league even if they come with much less talent. They are also some of the most soft-spoken guys you will meet off the ice. Case in point, John Scott.

As the All Star weekend came to a close, it really does feel that we finally come to the end of an exciting and fantastic era of NHL hockey even though I’m afraid of what’s next. Will fighting make a comeback? Maybe. If things get insanely out of hand 10 years from now it just might. But if you want to see a quality scrap in the meantime, you’ll have to make your way to the LNAH.

All in all I can actually say that I have not had this much fun over an All Star game or a player for that matter since I was a kid. Great job Nashville for hosting it as well even though I’d rather have James Hetfield coach then Vince Gill.

Oh, and who do you think will play Gary Bettman in the John Scott movie?