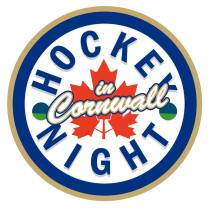 After growing tired of waiting for a video game event to happen in Cornwall, local entrepreneur Calvin Morrow decided to take matters into his own hands. Morrow moved to Cornwall roughly five years ago from the big smoke of Toronto and felt the need to establish a video game scene in the Seaway City. “I’ve always felt the video game scene is alive and present in Cornwall,” says Morrow. “Somebody just needed to take initiative.” Grabbing the bull by its horns, Morrow set up Cornwall’s first video game tournament at the Port Theatre back in March.

This isn’t any old hockey tournament; this is Hockey Night in Cornwall. Taking place at Nav Canada, this one of a kind event will feature the EA Sports classic, NHL 14. Morrow and his organizers have pretty much thought of everything. “I met Adam Lariviere and Mike Pliss of Mobile Gamers at the Smash the Port tournament. We wanted to combine our love of video games with Cornwall’s love of hockey. This was only natural.” Two tournaments will take place on May 10th, one for single players and the other for doubles. A limit of 30 entrants (one for each NHL team) will be used for the tourney. The night before on the 9th, the entrants will take place in a draft party in order to select their teams. Joseph Boyer from Touch Bass Entertainment will be providing entertainment to keep everybody in the spirit. Another nice touch is Morrow has been working with the staff at Nav Canada with making a drink menu including a one called the Hat Trick.

Each tournament is double elimination and the participants are playing for trophies, $300 in cash, and another $300 in prizes and of course bragging rights. “If this event does well, we would love to make this event annual or even bi-annually if the demand is high enough.” Morrow thinks the event could grow at an exceeding rate. “There has even been talk of a virtual league that could take weekly where we would track stats online.”

All avid video gamers are encouraged to try their hands at the event even if they’re not a hockey fan. “We are hosting these events because we love gaming and we want to help grow the scene in Cornwall. Come out to the event and let us know what you would like to see next.”