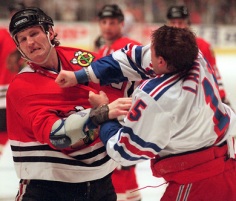 They say bad things come in threes. That sentiment could not have been more true this week in the hockey world. Between the WHL’s Tim Bozon contracting meningitis and put into a coma, Matt Stajan and his wife losing their week old child, Rich Peverley collapsing mid way through the first period of a game and the tragedy of Terry Trafford, it’s times like these where you have to take a step back and look at the bigger picture. That bigger picture being these men that we look up to are just like us.

Behind the fame, notoriety, money and everything else that comes with being a professional hockey player, there’s something that we always fail to see. They are human beings with private lives and deal with problems and issues very similar to ours. We’re not much different when it comes down to the thick of things.

I remember when I was about 7 or 8, my Dad took me to see the Cornwall Aces play. The St. John’s Maple Leafs were in town and Brent Gretzky just happened to be suiting up for them that day. In the second intermission my Dad noticed that Walter Gretzky was sitting a few rows above us. He tried to coax me into going up and getting an autograph. “No, Dad! He’s a celebrity.” I replied. My father laughed and shook his head. “He’s not going to bite you. He’s just like us.” 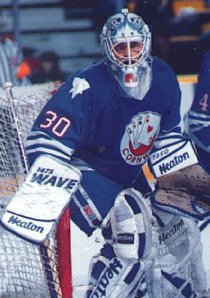 It’s hard to differentiate between hockey player/celebrity and human being at times. My Dad ended up going over and chatting with Walter Gretzky for the whole third period, he seemed happy to oblige; maybe even shocked that somebody actually picked him out of the crowd in little old Cornwall, Ontario.

I’ve read a countless number of hockey player autobiographies over the years and I don’t know how many times I’ve related to certain issues these hard driven characters have went through. They struggle with adversity in the same kind. Some more than others. Just remember to when you’re hearing all of these unfortunate stories that come out in the hockey world that they’re dealing with the same issues we all are. We’re all just trying to be accepted in this crazy society and world. They just happen to have the spotlight shine brighter on them with some not even wanting it.

It’s a thankless job to be a role model in today’s world. The world is flying by too fast and the next person to become said role model is just waiting around the corner. Hold on to these players you idolize as they won’t be around forever.

One thought on “This week in hockey: tragedy and death. They’re just like us.”