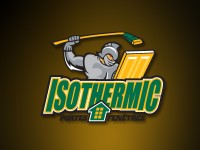 Isothermic de Thetford Mines is next up as we take a look at the LNAH Draft.

The first player to become property of Thetford Mines is Kevin Veilleux. Wanted by almost every team in the league, Veilleux as draft 51st overall in the 2nd round of the 2007 NHL Entry Draft by non other then the Pittsburgh Penguins. Veillieux played with Pittsburgh’s affiliate in Wilkes-Barre Scanton and also spent some time in the East Coast Hockey League with the Wheeling Nailers. (Yes, that’s a real team.) A 6 foot right winger, Veillieux is a great pick up for the Isothermic.

A great pickup came in the 6th round when Thetford selected goaltender Gabriel Girard. Girard has played the last 5 season in the Q with Shawinigan, and even has a Memorial Cup title under his belt.

Hubert Labrie also became property of Thetford Mines in the 7th round. This guy is a huge defensive pickup. He’s spent a lot of time in the Dallas Stars system and I’ve kept track of his record while writing for the Texas Stars last year. (Shameless plug: head to http://www.blackoutdallas.com) He finished out the season with the Idaho Steelheads and I’m thrilled at the chance to be getting to see him.

From my standpoint, Thetford Mines has gotten a lot of experienced players in their draft. Their scouts did something right.