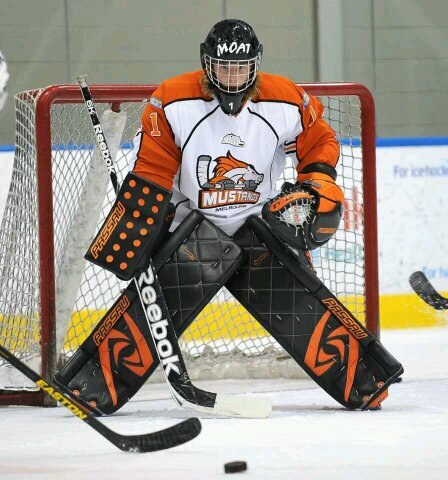 Down in the southern hemisphere, interest in the game of ice hockey is quickly picking up steam. Although it has been played in some aspects for almost a hundred years, it’s now starting to gain popularity not only across the country but making a small dent on the world stage. While the highest level of skill is played in the Australian Ice Hockey League, they are still in the midst of being considered a semi professional league. More attention, fans and consistent revenue year after year will help turn the tide to becoming a professional league where players can earn their keep. Does not paying their players stop them from acquiring top talent? Not in the slightest.

As the players in the AIHL don’t get paid, most play for the love of the game. It’s hockey in its purest and what some might say, its best form. No greediness in the way of a skilled game. The league ices its season while the northern hemisphere is sweating away in the summer. The perfect reason for North American and European players to keep their skills in check by signing with a team down under.

However some of the time imports aren’t what fans come out to see. They flock to the arena to see their home grown Australian players. To see their brothers, fathers, co-workers, play and excel at the game they love.

At only 20 years old, Carson has earned his spot as the starting goaltender for the Melbourne Mustangs. After four years of hard work including international experience, the Mustangs brass has finally given the youngster his shot. Some say goaltenders are a bit of a different breed, and some wonder what makes one decide to get in front of 100 mile an hour slap shot. For Carson, it was a no brainer. “I got into hockey when I got my first pair of roller blades at 4 years old. My parents made my sisters and I take part in learn to skate classes,” remembers Carson. “Then came inline hockey practices and I decided hockey was my sport. One day an absent goalie meant that it was my position, and I loved it and never looked back. I then made the transition to ice at 12 years old after the majority of guys were playing both and wanted me to try it.”

Carson’s play caught the attention of New York State college, SUNY Canton. They offered him to come over and hone his skills in a collegiate setting. Being battered with more pucks then usual along with more ice time helped him carve his style. “I have always loved Carey Price,” says Carson. “I love his style, and try and mimic it a little. I mostly just grab bits and pieces of everyone.”

“Skating most days of the week in Canton in comparison to only two practices a week here in Melbourne makes a big difference.” Unfortunately to Carson, the differences between the game on both continents don’t end there. “The refferees are also a big difference. Consistency is an issue throughout the AIHL, where it was not so much the case in the college system.”

Carson is no stranger to competing on the international stage. With five tournaments under his belt representing the green and gold of Australia, Carson’s accolades will only continue to climb. In 2011, he backstopped Australia to an IIHF Division 3 gold medal. While maintaining a 1.00 GAA and a .971 % save percentage it was a no brainer to award him tournament MVP. “The award was just the cherry on top of a great experience,” says Carson. “The team was a great group of guys and the trip was a lot of fun.”

So being a goaltender with both collegiate AND international experience, where does Carson see his future headed on the ice? “For now my career is here with the Mustangs.” A definite answer from theAussie lad. “Unfortunately with the AIHL only being a semi professional league, we all have to hold everyday jobs as well as playing. It’s a bit of a balancing act, chasing pucks and money all over the world season after season probably wouldn’t make the boss or the boss (girlfriend) very happy at all.”

I’m sure that’s music to Melbourne’s ears. Not only them but the whole of the AIHL including the fans. It’s players like Fraser Carson who genuinely have love for the game that will keep it flourishing, even in the non traditional markets.

Fraser Carson and the Melbourne Mustangs will be in action this Sunday (that’s most likely Saturday for us North American folk) as they host the Sydney Bears. Coinceding with the game, the Mustangs are having a celebration in honour of Canada Day complete with poutine and maple syrup! Should be a great day, puck drop is at 4pm local time.