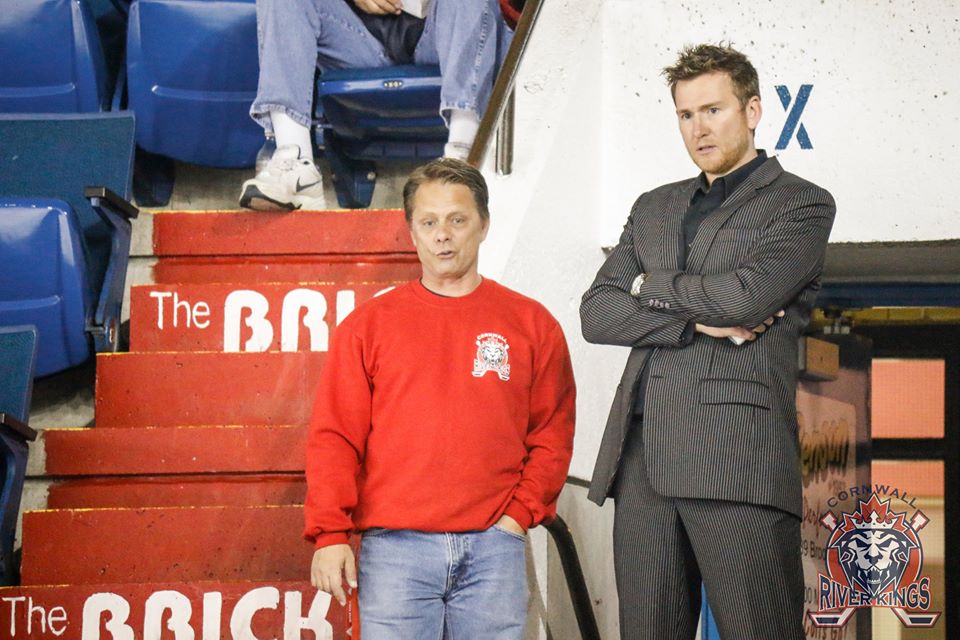 I have stayed quiet for too long.

The story of the Cornwall River Kings might be coming to an end and it’s not ending with a championship.

No, in fact it’s on the brink of ending with a city full of gullible residents and hockey fans who had dreams of having their pro hockey team compete for another season. I mean, really compete.

This was going to be a brand new start for the team that has been full of dysfunction since the very beginning. That being said, all the original owners up until now had been straight forward with the fans. From Bernie Villeneuve parading outside of city hall demanding a change to the advertising deal that has a strong hold on the team from making any money to David Small always being around to answer a fan’s question with an honest answer.

Unfortunately the 2014-2015 chapter of the Cornwall River Kings has been nothing more than a political pawn. Used to sway votes, it worked and allowed owner (or former owner, who the hell knows anymore) Brock Frost to be voted in to city council. When he first became the Kings’ saviour, the team was purchased for very little money. I’ve heard that the price tag is still yet to be paid for.

A hockey team is not like any ordinary business and if you know nothing about the game well, you should probably steer clear. As the summer months progressed with various functions raising money for the team, it started to become clear to me that hey, there is absolutely no money floating around this team. That’s a big mistake.

As the season progressed and the election neared it seemed like things were on an even keel and would be okay. Well the minute the election was over, that notion was long gone.

Frost immediately turned his back on the community even though he was elected to council. He sold the team under the table to the team’s trainer, Darren Madden, without any input or even telling league officials. He went to the newspapers saying that it wasn’t true and was “business as usual”. Perfect politician.

Then people close to the team begin to drop off. Players with bounced cheques began to demand trades. Players who were on the end of the trade to come here refused to play in Cornwall. Players started even refusing to play home games. Facebook pages began being deleted. A silent chorus of what was once loud and boisterous has deafened the hockey fans.

Is the team dead? Yeah, it very well could be. What happens then? Do season ticket holders get refunded? Well, good luck trying to get money of a team that’s pretty much bankrupt aka zero moolah. If you don’t have enough money to ice a starting lineup, that’s not particularly a good thing.

There are people out there though who are waiting for the call to rally around and save the team once again just for the rest of the season. If this team can make to the end, there might be a new lease on life.

The advertising deal that the Cornwall Colts have with the city is up at the end of the season. It’s then up for re-negotiation and then the Kings could easily push for their rights, get them, and that would garner them an unbelievable back bone into next year. If they don’t get them, well pack it up and fold.

There is a lot more specifics that I’m sure will come out in the following days. Will there be games this weekend? Who knows? Hell, as a player, I wouldn’t want to play in this mess.

A few of us saw this coming and tried to warn people. No, we were fallen on deaf ears and hell, I even got Facebook messages riddled with hate streamed at me. All I’m going to say is this.

We told you so.